Our report from the 2019 Over Haddon Well Dressing event 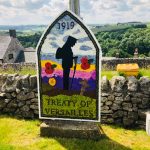 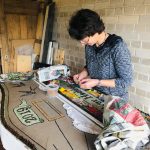 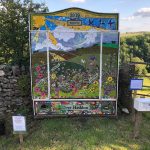 It was another successful year for Over Haddon’s Well Dressing volunteers as they pulled off a fantastic event for 2019.

A record-breaking total of £1,360 has been raised for charity and there was also plenty of media coverage for the 2019 Over Haddon Well Dressing event – including articles in the Peak Advertiser, Derbyshire Live and The Times. 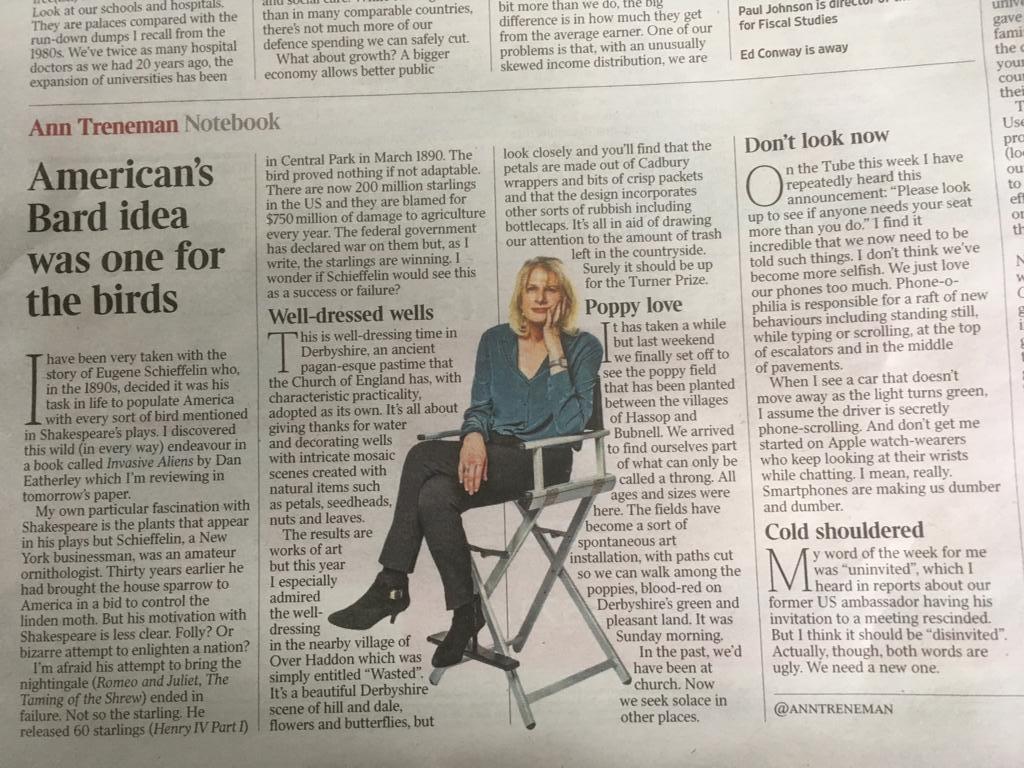 The print version of the article in The Times.

This was because rubbish and litter dumped in our beautiful Derbyshire tourist hotspot were transformed into a work of art – to send a clear message to people not to spoil the countryside.

These creations traditionally use natural materials including seeds, fir cones and flower petals and often have a religious theme but, this year, volunteers used both natural ingredients and items of rubbish to create beautiful flower and landscape effects.

The design and ideas came from village resident Tricia Gillies, who said that she was keen to put over the message about how humans are spoiling the environment across the world.

She said: “We are causing a huge amount of harm to our wildlife with the amount of litter and waste we produce and dispose of badly.

“More than two million pieces of litter are dropped on Britain’s streets every day and this has increased by 500% since the 1960s. Plastic pollution is killing animals every minute and we all need to do our bit to improve the planet.

“In the Peak District National Park, it is estimated that 60 tonnes of rubbish is being removed from some of the most popular locations each year.

“Thankfully, many of the people who visit our village and Lathkill Dale take their rubbish home but we still managed to collect quite a bit for our well dressing.”

The well dressing was sited near the village’s historic pump in Wellgate Lane and overlooked beautiful Lathkill Dale, which is a popular haunt for walkers.

Meanwhile, a second well dressing commemorating the 100th anniversary of the signing of the Treaty of Versailles at the end of the First World War was completed by the village’s young people and stood in the grounds of the village hall in School Lane.

The money raised from both this event and volunteers’ efforts at the RHS Chatsworth Flower Show at the beginning of June (see below) will be given to several charities, including the World Land Trust – where £100 will buy an acre of land overseas which will be used for the protection of wildlife and its habitat.

Money was raised through donations and the sales of teas, cakes and postcards.

Work started early in Over Haddon among the village’s Well Dressing volunteers – as they participated in the RHS Chatsworth Flower Show.

This year, the village’s Well Dressing committee not only prepared for proceedings in Over Haddon but also worked on a special design for the prestigious event at Chatsworth, which was held between June 5 and June 9. A total of 23 volunteers worked on the project, with many also giving up their spare time to man the display at the show and speak to visitors all about Well Dressing and how the design was put together.

Work on the Over Haddon Well Dressing event then started later in the month, with the village’s own spectacular running from June 22 to June 29.

Below are some pictures of the preparations for the display for Chatsworth, entitled The Five Senses: 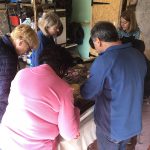 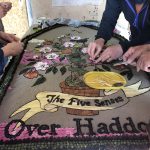 A sneak preview of the design 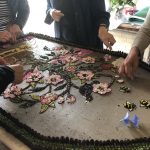 Here are photos from the RHS Chatsworth Flower Show itself: 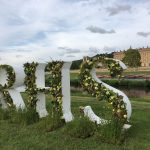 The event ran for five days 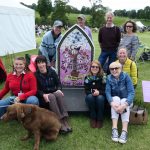 There was some sunshine at the show 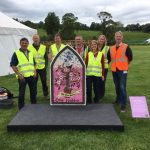 Our report from the 2018 Over Haddon Well Dressing event

It was a busy June 2018 for Over Haddon, as the village prepared for its annual Well Dressings event.

Making the dressings took place between June 16 and 22, which meant, during this time, two garages in Main Street became the centre of activity for our event. “For one week only”, ladies, men and children spent many hours huddled over the Well Dressing boards.

The junior dressing was designed by Patrick, with an RAF theme. The main boards were designed by Tricia.

Visitors to the village were invited to stop and ask about the history of Well Dressings, inspect the designs, take lots of photos and even have a go at petalling! Donations could be made via the charity boxes available and monies collected from the boxes, sales of cards, books, plants, DVDs, teas and cakes over the Well Dressing week enables funds to be donated to several charities.

Once the creations were completed, they were put in place on the evening of Friday, June 22, ready for the Blessing of the Wells the following day.

These photos were taken during the unveiling: 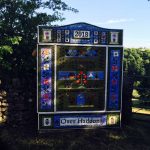 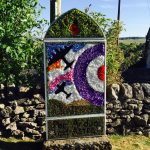 Any queries can be sent to bookings@ohvh.org.uk or telephone the bookings secretary on 01629 812297

Up and coming Events